Clash of Empires - Why Russia and Turkey Fight

Clash of Empires - Why Russia and Turkey Fight

https://www.foreignaffairs.com/articles/turkey/2015-11-29/clash-empires
In the fall of 1914, two German warships—the Goeben and Breslau—took refuge in the Ottoman capital of Constantinople to escape British naval pursuit. Following secret negotiations between the German and Ottoman war offices, the Goeben and Breslau, along with an accompanying Ottoman naval squadron, then moved to bombard the Russian port cities of Novorossiysk, Odessa, and Sevastopol. This, according to Wilhelm Souchon, the commander of the German Mediterranean squadron, was the ideal pretext for forcing the otherwise neutral Ottomans to get involved in the Great War, “even against their will.” Russia was the Ottomans’ “ancient enemy,” and by lending two German battleships to Constantinople’s strategic priorities in the Black Sea, Germany, Souchon believed, could win over the empire. Souchon was right.
Last year, in an article about the geopolitics of the Black Sea, I argued that the course of modern Russian-Turkish relations was set in 1783, when the Russian tsar’s armies captured Crimea in what was the Ottomans’ first significant loss of Muslim territory. The shock—and the desire to prevent the next loss—prompted the Ottomans’ Westernization and their efforts to balance against Russian expansion through European alliances. The most significant balancing act came during the Crimean War of 1853–56, in which British, French, and Ottoman forces successfully beat back Russian attempts to take the territory.
Despite that war’s outcome, however, the Russian naval presence in the Black Sea gradually strengthened over the next 60 years. With it came Russian territorial gains against the Ottomans on the ground. In fact, for more than a century, they continuously lost territory to the Russian empire, both in the Caucasus and in the Balkans—a trauma that still haunted the empire’s thinking in Souchon’s time and continues to do so today.
In other words, it made a certain amount of sense for Souchon to believe that two German battleships would give the Ottomans psychological license to do what they probably wanted to do in the Black Sea anyway.

The Goeben and Breslau.
HISTORICAL BLINDERS
It is hard to overstate the extent to which history guides Turkish strategic thinking. A trade agreement with Iran, for example, might be made in consideration of the 1639 Treaty of Zuhab, which ended the war between the Ottoman and Safavid empires. Further, Turkey has long argued that the Iranian nuclear program would never be a threat to Ankara because the Turkish-Iranian border has been virtually undisturbed since that pact. A joint project with France, meanwhile, might be considered within the context of Sultan Suleiman I’s capitulations to give French traders “most favored nation” status. During the Turkey-EU Customs Union negotiations in 1996, some members of the Turkish parliament explicitly argued that the deal was worse than the capitulations.
To be sure, historicist thinking guides other powers as well. When Russia annexed Crimea in March 2014, for example, it recalled 1783 and 1856. Crimea was a “phantom limb” (in the words of the British journalist Matthew Norman) for both the former Russian and Turkish empires. And after its capture, Turkish President Recep Tayyip Erdogan underlined that Turkey would never recognize the annexation of Crimea by Russia.
Turkey responded to these incidents through diplomatic requests, direct military communications, and sometimes staying quiet so as not to spark a larger NATO crisis.
It isn’t just rhetoric that has heated up since Russian fighters marched into Ukraine. Turkey has also seen an increasing number of airspace violations, during which Russian jets have briefly entered Turkish airspace through the Black Sea. In addition, Russia’s Black Sea Fleet, which is supplied by the ports of Novorossiysk, Odessa, and Sevastopol, has dominated the Black Sea, engaging in a number of radar-locking incidents with Turkish and NATO ships. The most worrying came in March 2015, when Russian planes, during a practice aerial bombardment run, mock targetedthe USS Vicksburg missile cruiser and the Turkish TCG Turgutreisfrigate, which were in the area.
Turkey responded to these incidents through diplomatic requests, direct military communications, and sometimes staying quiet so as not to spark a larger NATO crisis. To avoid confrontation in the Black Sea after Russia’s annexation of Crimea, Turkey even redirected some of its Black Sea squadron to South Africa and the Indian Ocean, which caused a former Turkish navy admiral to publicly protest the weakening Turkish naval presence in the Black Sea.
Over the following months, Russian presence in the Aegean Sea intensified. It launched frequent eastern Mediterranean patrols and stepped up its activities at the Russian naval base in Tartus, Syria. By the summer of 2015, with NATO countries increasing their aerial campaigns in Syria (and with Syrian President Bashar al-Assad, an ally of Russia, losing ground), Moscow believed that its access to Tartus was in jeopardy. Vice Admiral Viktor Chirkov, commander in chief of the Russian navy, warned that the “base is essential to us; it has been operating and will continue to operate.”
And so, following preparations throughout the summer, in late September, Russian forces arrived in Syria with an official mission of supporting Assad’s forces, relieving the Russian air base in Latakia and naval base in Tartus, and, therefore, targeting Sunni militant groups—the self-proclaimed Islamic State (also known as ISIS) and others—around Idlib and Aleppo, which are close to both bases. Russia’s entry into Syria was perhaps more serious for Turkey than Russia’s annexation of Crimea. Turkey’s 1939 takeover of Hatay Province from Syria was the only expansion of the Republic of Turkey after its borders were consolidated. Further, Turkey backed some of the rebel groups that Russia was now fighting, including those consisting of Turkmen from northwestern Syria.

MIKHAIL KLIMENTYEV / REUTERS
Russia's President Vladimir Putin at a news conference in Ankara, December 1, 2014.
By fall, Russian warships were cruising around Tartus and Latakia, around the Black Sea, out of the existing Russian base in Armenia, and along the Aegean Sea. Turkey was nearly encircled by the Russian military—a dire state that prompted newly appointed Turkish Chief of Staff Hulusi Akar to assert that the country was caught “inside a circle of fire.”
This interpretation seemed to be borne out by events on October 3, when a Russian fighter jet entered Turkish airspace during a bombardment mission in Syria. Two Turkish planes quickly escorted the jet back into Syrian territory, and Ankara summoned Russian Ambassador Andrey Karlov to the Ministry of Foreign Affairs. Russia claimed that the violation was a navigation error, but that didn’t stop Karlov from getting a long lecture on Turkey’s rules of engagement. Turkish Minister of Foreign Affairs Feridun Sinirlioglu likewise called his Russian counterpart, Sergei Lavrov, to communicate the same message.
However, one day later, on October 4, a Russian MiG-29 approached Turkish airspace from Syria and then locked its radar on two Turkish jets cruising the Turkish side of the border. On October 5, the show repeated, with a Russian plane locking its radar on eight Turkish jets, again cruising within Turkish territory.
Turkey called an emergency NATO meeting, after which NATO Secretary-General Jens Stoltenberg described Russian actions as “deliberate.” The White House soon issued a statement in which it referred to repeated Russian violations as a “provocation.” Secretary of the State John Kerry emphasized that the recent incidents could lead to escalation. In response, the Russian Ministry of Foreign Affairs proposed a joint Turkish-Russian working group, consisting of high-level military attendance, to better coordinate both countries’ aerial operations in Syria. Despite these, there was no indication of whether the Russian side got the message or whether it was even conducting these violations deliberately.

REUTERS
A frame grab taken from footage released by Russia's Defence Ministry November 26, 2015, shows Russian S-400 defense missile systems (R) driving on the tarmac of Hmeymim airbase in Syria. Russia sent an advanced missile system to Syria on November 25 to protect its jets operating there and pledged its air force would keep flying missions near Turkish air space, sounding a defiant note after Turkey shot down a Russian fighter jet.
BAD FATE
In retrospect, Turkey’s downing of a Russian plane on November 24 should not have come as a surprise, although it does offer international relations scholars lots to think about in terms of uncertainty, perception, and cognitive processes. Russian President Vladimir Putin and Erdogan are both long-serving leaders with a solid history of cooperation. The Russian and Turkish foreign ministries have good access to each other at the highest level. And both countries’ militaries have conducted joint exercises. So how did all this happen?
In the fall of 1914, two German warships—the  The Turkish narrative states that the Russian jet was unidentified and was mistaken for a Syrian jet. On November 26, Erdogan even argued that Turkey’s response would have been different if the jet had been identified as Russian. Russia’s story is that the two Turkish planes that shot down the Russia craft were in an ambush posture, indicating that the incident was planned. Either way, the events reflect profound and long-term Turkish grievances, which means that Turkey will probably respond similarly the next time, although, to defuse tensions, it prefers not to say as much. And the fact that one Russian pilot was killed by ground fire as he parachuted out of his plane makes the whole situation more complicated, increasing public pressure on Putin to avenge the officer’s death.
If the Syrian conflict is not managed, it could easily turn from proxy warto all-out war between Russia, Turkey, and possibly NATO. For Turkey, Russian military encirclement reflects Russia’s imperial designs and forces Turkey to make a stand. And more than just Turkey’s problem, Russian airspace violations are a NATO problem (NATO is sworn to protect Turkey and itself faces a growing number of aerial incidents). For Russia, its aerial posturing is merely a response to the United States’ own activities in the Arctic and the Pacific, which Moscow sees as a threat.
In the last centuries, Turkey has suffered greatly whenever Russia is on the rise. During the Crimean War, World War I, and the Cold War, it has tried to protect itself through Western alliances. Today, Russian resurgence threatens again. The reaction doesn’t have to be military, though. Only with active and intensified negotiations that ease NATO’s perceived pressure on Russia in the Arctic and Pacific, and by communicating Turkey’s concerns to Moscow at the NATO level, can Turkish-Russian relations be spared the ghosts of the past. More than ever, it is imperative that the two Turkish fighters that shot down the Russian jet not share the fate of the Goeben and Breslau—which, by forcing the Ottomans into war, brought (in Winston Churchill’s words) “more slaughter, more misery, and more ruin than has ever before been borne within the compass of a ship 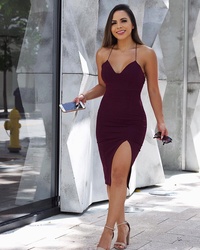