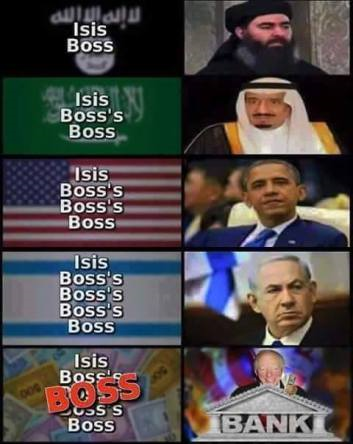 That appears to be the case, that's why Cameron's name is in that Panama CIA/Mossad/MI6 release of offshore money, getting tagged along with those Jew Inc's wants taken down, like Assad and Putin.

Back in August of 2013, after reports of a chemical weapons attack on Damascus, Syria suburbs got play in the Jew MSM, Cameron was ordered by his puppet masters to start bombing Syria, which the USA, France and Germany and other Zionist lackey's would of happily joined in the mass murder of Syrian civilians, their only crime being they live on land desired by Jew Inc's pet project, Israel.

But something happened to Cameron, he suddenly developed a conscience or something because instead of ordering the British Air Force to blast the Hell out of Syria, he went to the British parliament and asked for approval. Parliament vetoed the insane idea and Cameron was left with no way out to bomb the Syrians. At least not legally.

Shortly after, the Nobel Peace Prize winner, Obama also backed down, leaving France and Germany to bitch about the canceling of the fun games that Jew Inc had planned for Syria.

Now Cameron is on the hot seat, exposed as just another money-grubbing parasite, which seems to be a prime qualifier if one wants to be president or PM of any Western nation that is occupied and run by Jew Inc.

Not only is Cameron catching Hell, this also works as a warning to other Gentile lackeys in service to Zionism. Next time they get ordered to bomb this nation or attack this Arab city, they better hop to it and make their Yid Masters happy or else they'll be the 'victim' of the next Panama papers release.

Zionists are getting ready for the next stage in the demolition of Syria. Better not be flying in any jets this Summer

Here's some EU parliament members that will need to be taken to the 'wood shed' and taught that you don't question Israel.

Maybe one of those surface-to-air missiles will find the airliner these errant EU parliament members fly on?