Trump and May Are Discrediting Democracy

Trump and May Are Discrediting Democracy

Chaos and dysfunction in Washington and London make liberal democratic government look bad—and embolden China and Russia to market authoritarianism as an efficient alternative.inston Churchill’s oft-quoted remark that “democracy is the worst form of government except for all those other forms that have been tried” has long been considered axiomatic in many quarters. But the idea, which Churchill borrowed from someone else, is now contested across the globe. China’s authoritarian economic model has become a source of inspiration—or what President Xi Jinping has described as a “new option”—for would-be autocrats who are no longer persuaded that rights and freedoms are prerequisites for prosperity, much less their own survival in office.

Right now, the spectacular tempest unfolding in both Washington (due to the longest government shutdown in U.S. history) and in London (over the Brexit impasse) is laying bare the fissures and frailties of two of the world’s most stable and vaunted democracies. The stakes are high for the United States and, even more so, for the future of the United Kingdom and the entire European Union. Pundits and voters are understandably focused on when and how their careening, almost out-of-control governments will eventually come to rest. Yet the fact that these two chaotic episodes are unfolding simultaneously poses risks for the claim—seen in many quarters as increasingly tenuous—that democracy is the world’s most credible and effective political system.
While the American and British publics have grown almost inured to the chaos in their capitals, the rest of the world is looking on, dumbstruck by the dysfunction. Autocrats have long appealed to voters by claiming they will bring “order” after chaos, hence the lingering legend that Benito Mussolini made the trains run on time.
The twin crises in Washington and London provide rhetorical ammunition for governments that are invested in promoting a narrative of Western degeneration and the decline of democracy.

The twin crises in Washington and London provide rhetorical ammunition for governments that are invested in promoting a narrative of Western degeneration and the decline of democracy.

Beijing has not been subtle in gloating over what it hopes the world will view as an unfavorable contrast to its tightly scripted brand of politics. China’s state-run Xinhua news service put it plainly in an editorialabout last year’s shorter shutdown, “The Western democratic system is hailed by the developed world as near perfect and the most superior political system to run a country. … However, what’s happening in the United States today will make more people worldwide reflect on the viability and legitimacy of such a chaotic political system.” This year, Chinese media outlets are crowing about the potentially catastrophic consequences to the U.S. economy of a prolonged shutdown that results in a downgrade of U.S. credit ratings and a rise in borrowing costs; a typical headline was “Owning US government bonds like holding a ticking time bomb.”

Russia is promoting a similar narrative. An opinion piece published by the Kremlin-backed RT portrayed the Brexit debacle as the inevitable downfall of “a state born in mercantilism and sustained by centuries of empire and colonialism,” concluding that “the UK as we know it, is past its sell-by date.”
Observers in other democracies are watching ruefully. In India, a Hindustan Times editorial wrote: “This tells us something about the usefulness of calling referendums with binary choices on extremely complex issues. The entire world should learn from the UK’s experience.” In Hong Kong, where democracy advocates are struggling to fend off an increasingly intrusive China, the South China Morning Post columnist Richard Harris called out the “aggressively personal attacks” on lawmakers in the Brexit fracas, saying, “Churchill would spin in his grave.” In South Africa’s Daily Maverick, the security expert David Africa observed a “clash between rational politics and one based on ‘alternative facts’ and imperial nostalgia … rooted in white nationalism” at work in both Britain and the United States, impairing prospects for partnership “at a time when the need for Euro-African partnership in trade and security” as a counterweight to Chinese economic intervention “is not only required but eminently possible.”

Suzanne Nossel is executive director of the Pen American Center and was formerly deputy assistant secretary of state for international organizations at the U.S. State Department.

While the impasses on opposite sides of the Atlantic are not identical, both expose the underbelly of contemporary democracy. The U.S. shutdown is a function of deep political and social cleavages that have helped give rise to a narcissistic president, whose policy positions are driven not by reason but by the expectations of a hardened political base and the pundits who have his ear. The debate rewards public brinkmanship over private problem-solving, fueled by the demands of a 24-hour news cycle and social media audiences with an insatiable appetite for further flamethrowing to like and share. While similar periodic shutdowns have always stumbled their way to resolution, this one stands out; it is both the longest in history and it comes against the backdrop of the convention-shattering disorder of the Trump administration, the president’s deepening legal troubles, and mounting questions over where his loyalties (other than to himself) really lie.
In Britain, the stakes are even higher. Former Prime Minister David Cameron’s fateful decision to risk a public referendum to determine the country’s future coincided with a peak of frustration over the fate of the middle and working classes amid rising immigration, automation, income inequality, and wage stagnation. The masterminds of the Brexit vote fled for the hills as soon as the measure was passed, leaving Prime Minister Theresa May with the impossible mission of convincing both the EU and the British Parliament to back a deal that, no matter how artfully crafted, would do irreparable harm to both parties.
In both the United States and Britain, democracy is reeling not just under its own natural weight but as a result of calculated outside efforts to exploit vulnerabilities and undermine trust.

In both the United States and Britain, democracy is reeling not just under its own natural weight but as a result of calculated outside efforts to exploit vulnerabilities and undermine trust.

Russian interference in the U.S. election and the Brexit vote, along with other countries’ elections, has now been proved. Unless and until far more sophisticated technologies can be perfected, fully safeguarding future elections from the kind of insidious information warfare perpetrated by the Kremlin and its proxies would require active and intrusive efforts to regulate social media and online information that would risk reshaping open discourse and public debate. Right now, such tactics pose an ongoing threat to democracy that cannot be fended off without far more aggressive policing of online content, a path that carries obvious and heavy risks.

Amid current preoccupations, neither country has figured out how to protect itself from similar intrusions in the future, much less how to balance these competing interests in a world of rapid-fire digital evolution.
All this raises fundamental questions about the viability and appeal of democracy. Francis Fukuyama has long acknowledged that his 1992 theory that we had reached an “end of history,” culminating in the global triumph of liberal democracy, was at best premature. Yet there has remained a widespread belief that, all things being equal, democracy is both fairer and more functional than any other system, meaning that if countries and peoples were in a position to rechart their destiny, democracy would be the obvious direction. 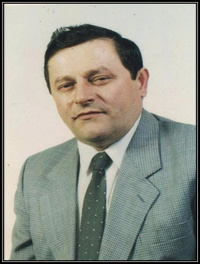